Collecting characters and team them up is the core gameplay of Tales of Erin.

Except for the initial characters like Alven, you could obtain other characters by summoning them or joining some exclusive events. To summon the characters, you can use: 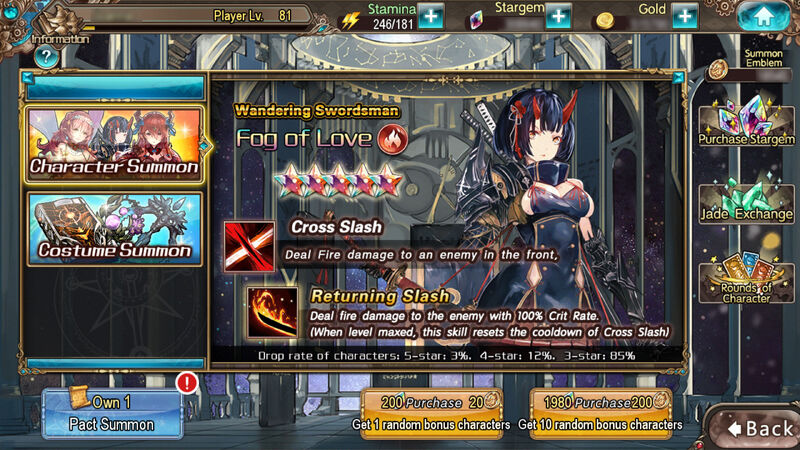 Collecting a certain amount of vouchers, players can redeem the character they prefer by clicking [Craft] button on the [Information]-[Character Album] page.

Please note that players can only redeem an un-collected character by the Character Selection Voucher. Owned characters will not able to redeem by this way. The path for Origin Awakening will be more challenging.

The required amount of Character Selection Voucher is based on star level of the character you redeem. The higher star level, the more vouchers are required.

You can cultivate your character from four aspects:

You can use “Fruit of Trial” to upgrade the level of characters. The basic stats of the characters will grow along with its level.

By upgrading the level, characters will have the chance to gain skill points, which can be used to level up skills or unlock new skills. 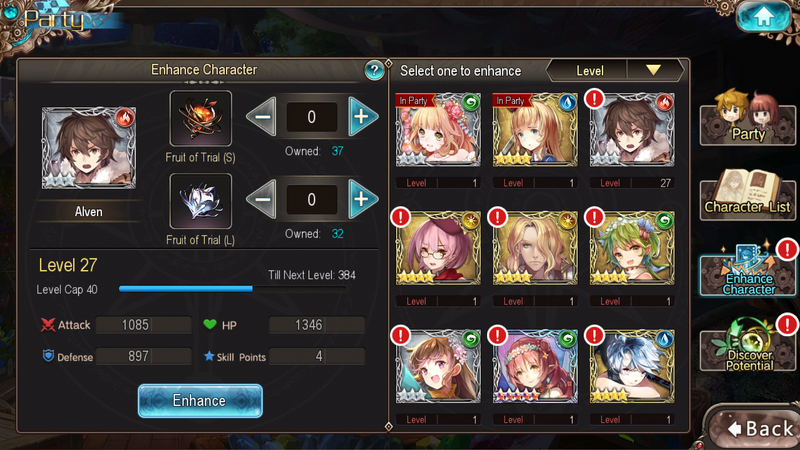 By discovering potential (unleashing), the level cap of the character will be raised. Characters will also gain skill points when awakening.

Along with awakening, costume slot will be unlocked and more costumes could be equipped. 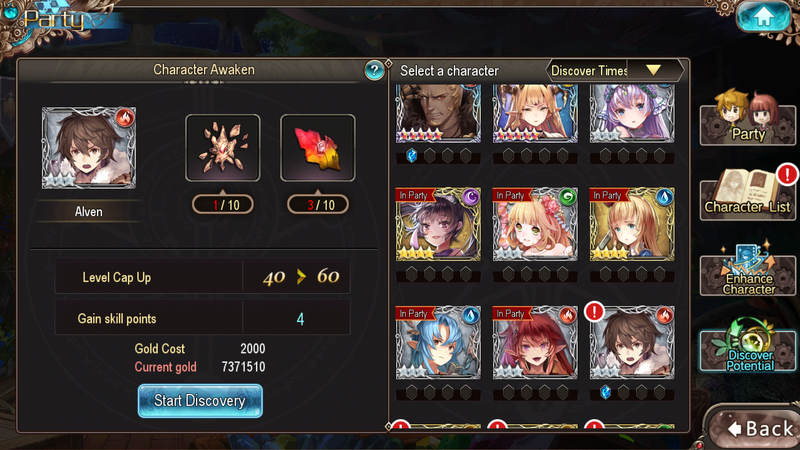 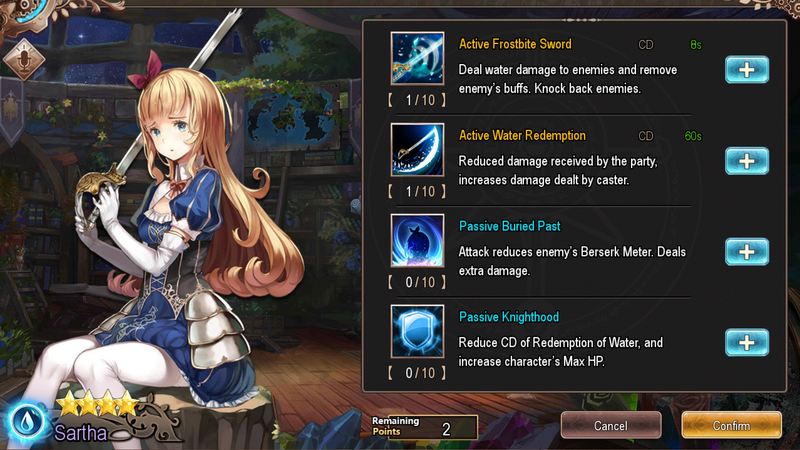 Besides, Awakening Fruit can be used to boost the character’s base stats once more. This fruit can be found in Shop / Time-limited events.

After your character is raised 10 times, you will gain the corresponding title with extra bonus. 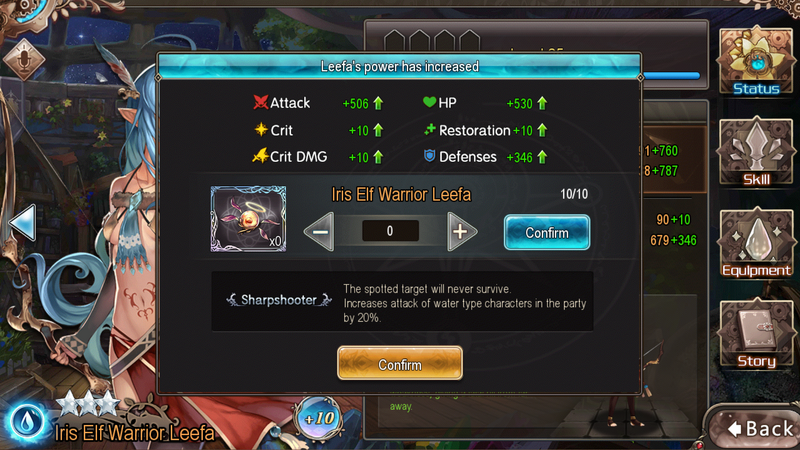 How to gain enhance materials

Stamina is a necessary resource for raiding stages and collecting materials. It can be gained from:

Retrieved from "https://talesoferin.fandom.com/wiki/Character_Introduction?oldid=769"
Community content is available under CC-BY-SA unless otherwise noted.